The purpose of this page in this tutorial series is to provide a very fast approach that is useful for revisions when you have already dealt with Angular, but after an absense of using it, it turns necessary to do a “disk swap” bringing from “disk” to your “memory” again. 🙂

If it is your first Angular approach, or you are a newbie, it is recommended to go first to the Angular’s documentation. After, this page will serve you as a summary for fast referencing and revision.

This step creates the empty application — the starting point to begin a project.
Avoid using the source code for this initial step.
Try by your own.

For more details, the source code may be found on GitHub, “step3” tag (includes step1 up to step3).

If desired to make sure that will be installed the lastest version, do instead: npm install -g @angular/cli@latest

If @angular/cli already installed globally, then go straight to the next procedure.

Create a folder to work with the tutorial. The following commands assumes that you are working under this folder.

Answer the questions (example below).
Be prepared, may take some time.

Go to the new folder created.

3. Start the App To Test 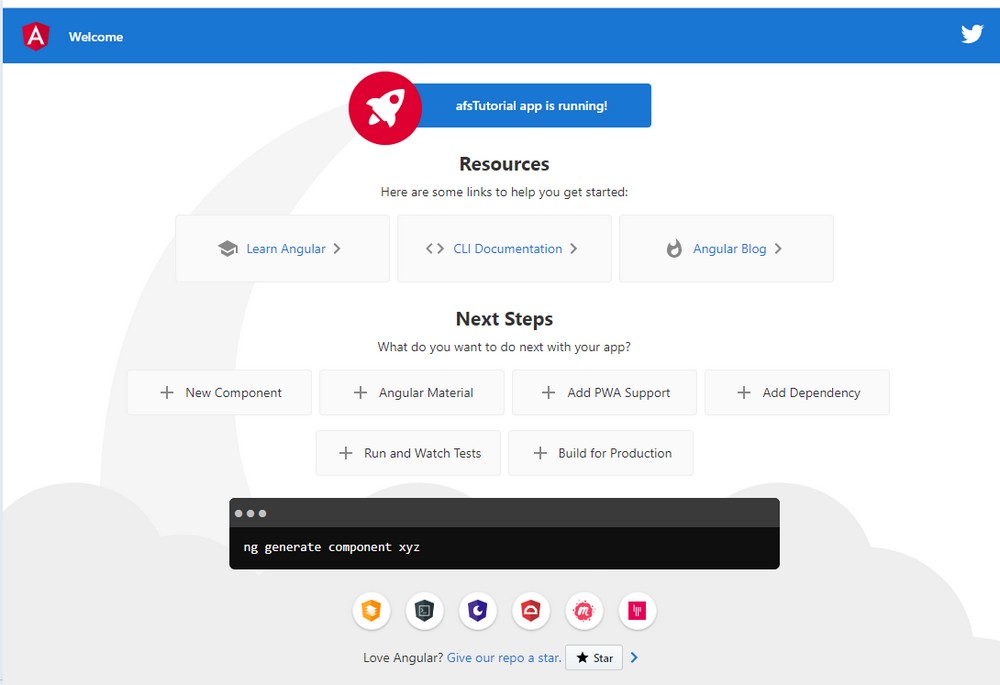 Also, check the links to the documentation.
This tutorial is based on it.
The details not referred here, you’ll get there.

Below, it is shown the code created by the procedure that provides the default structure and configuration. 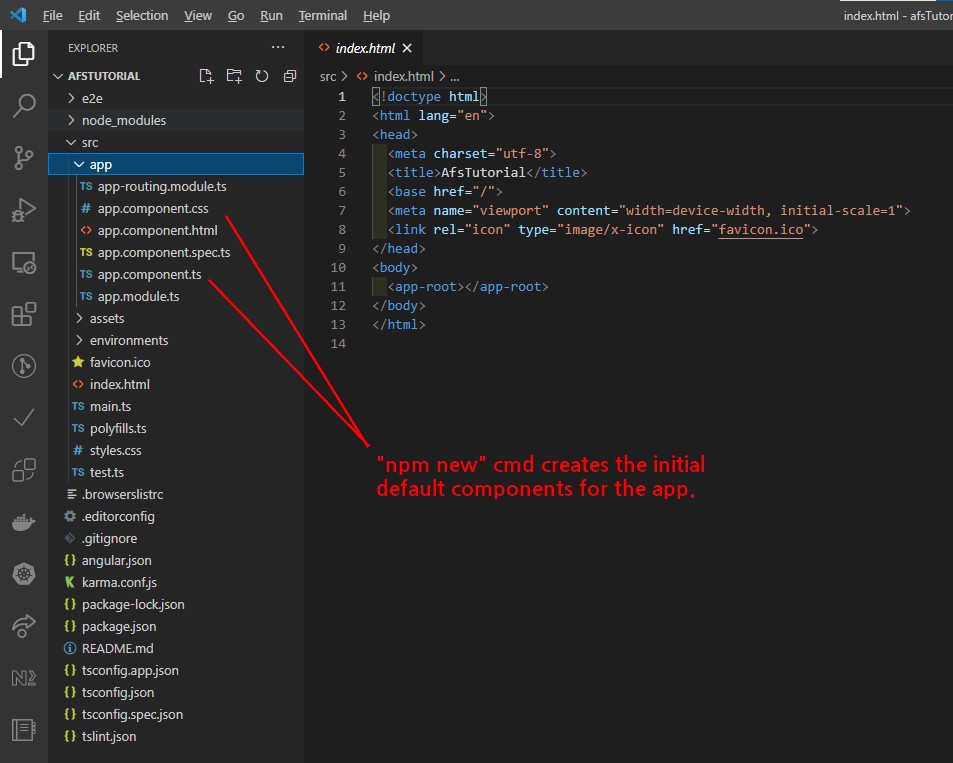 The target of this tutorial is to lead to some core concepts that support the main tasks, to help keeping them by heart or to revise them when you have worked with another tech for some time long enough to make you feel uncomfortable when returning to Angular.

The next post, will move this content to another component, preserving it and being accessible by a link.

We use cookies on our website to give you the most relevant experience by remembering your preferences and repeat visits. By clicking “Accept All”, you consent to the use of ALL the cookies. However, you may visit "Cookie Settings" to provide a controlled consent.
Cookie SettingsAccept All
Manage consent

This website uses cookies to improve your experience while you navigate through the website. Out of these, the cookies that are categorized as necessary are stored on your browser as they are essential for the working of basic functionalities of the website. We also use third-party cookies that help us analyze and understand how you use this website. These cookies will be stored in your browser only with your consent. You also have the option to opt-out of these cookies. But opting out of some of these cookies may affect your browsing experience.
Necessary Always Enabled
Necessary cookies are absolutely essential for the website to function properly. These cookies ensure basic functionalities and security features of the website, anonymously.
Functional
Functional cookies help to perform certain functionalities like sharing the content of the website on social media platforms, collect feedbacks, and other third-party features.
Performance
Performance cookies are used to understand and analyze the key performance indexes of the website which helps in delivering a better user experience for the visitors.
Analytics
Analytical cookies are used to understand how visitors interact with the website. These cookies help provide information on metrics the number of visitors, bounce rate, traffic source, etc.
Advertisement
Advertisement cookies are used to provide visitors with relevant ads and marketing campaigns. These cookies track visitors across websites and collect information to provide customized ads.
Others
Other uncategorized cookies are those that are being analyzed and have not been classified into a category as yet.
SAVE & ACCEPT